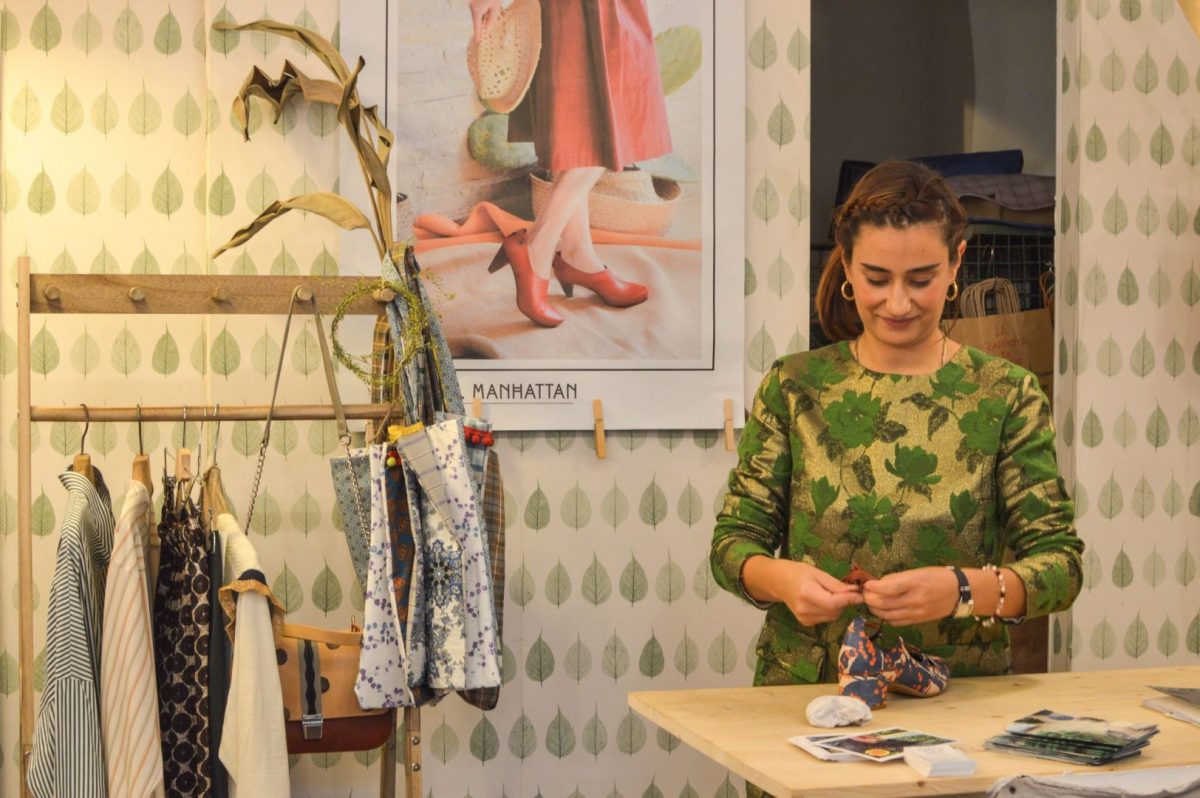 The (first) ten years of the Venus slipper

There are stages that excite you, that make you look back to see how far you have come. Which amaze you because while you run you don't realize it. These ten years of my activity have had exactly the same effect on me, so I decided to tell you how this journey was born.

It all started in 2009, it was summer and I was writing my thesis. I had been working for some time in the company with my parents, I followed the accounts and frequented the factory, even in production. Just by staying inside ne I was beginning to feel the bad mood. The crisis had been persistent for several years and the situation was starting to get frustrating: my parents, my brother and I we worked 12 hours a day as always, but we were no longer able to get the results that came before.

Every day we fought with the anguish of the gods missed payments, debt collection, and consequently with the anxiety of not being able to cover the costs and above all pay the salaries of our employees.

I had studied economics and business, the lessons of history and macroeconomics had already taught me that after a long period of growth the recession would be even longer and slower, and we were feeling the effects in a heavy way.
At that moment, on that summer afternoon I realized that that wasn't life. We could not continue like this, neither me nor my family. I wanted to find an alternative.

I began to think about how to exploit our potential, physical and instrumental. The most obvious thing was to start we produce the shoes directly, no longer on behalf of third parties as my parents did and as it was widespread in my area. It was too risky a way of working, but only for us, because it was always and only the producer who lost with the expenses.

For a long time I had to fight against the convictions of my father, who was used to that way of producing, used to large quantities. But I was just going in the opposite direction. The competition that came from the East offered industrial quantities of cheap shoes, but I did I was going towards uniqueness. In order to distinguish myself, I had to create something special, almost tailor-made.

Today it may seem like an almost obvious choice, many do. But 10 years ago, with the crisis perpetually on the shoulders with the breath on the neck, there ready to wear us out, it was by no means an easy choice. We have tried it on our skin and I was only 24 years old. If I think about it now it seems really absurd, I don't even know where the courage came from. I had no work experience, it was a real leap into the void and maybe I would have dragged my family into it too.

I brushed off the negative thoughts and went straight. On November 21st 2009 I opened my first shop in Civitanova Marche. What a wonderful achievement it was! Even today, looking at the photos, I still get excited about what we managed to do. Not only did we open a shop, but first we had studied the production, organized the set-up, analyzed the offer and the possible developments of this adventure.

In the beginning it was really hard why the two realities coexisted. The company still produced on behalf of third parties and at the same time also made my shoes, imagine what an effort. We worked until 9 in the evening, including Saturdays, sometimes Sunday, too.

In short, that little shop was a small drop in the ocean, the hope that we could start over, in fact we were already doing it. From there a beautiful journey started, made up of obstacles but also a lot of satisfactions. After it arrived the Sirolo shop, then the temporary in Bologna, today no longer temporary. 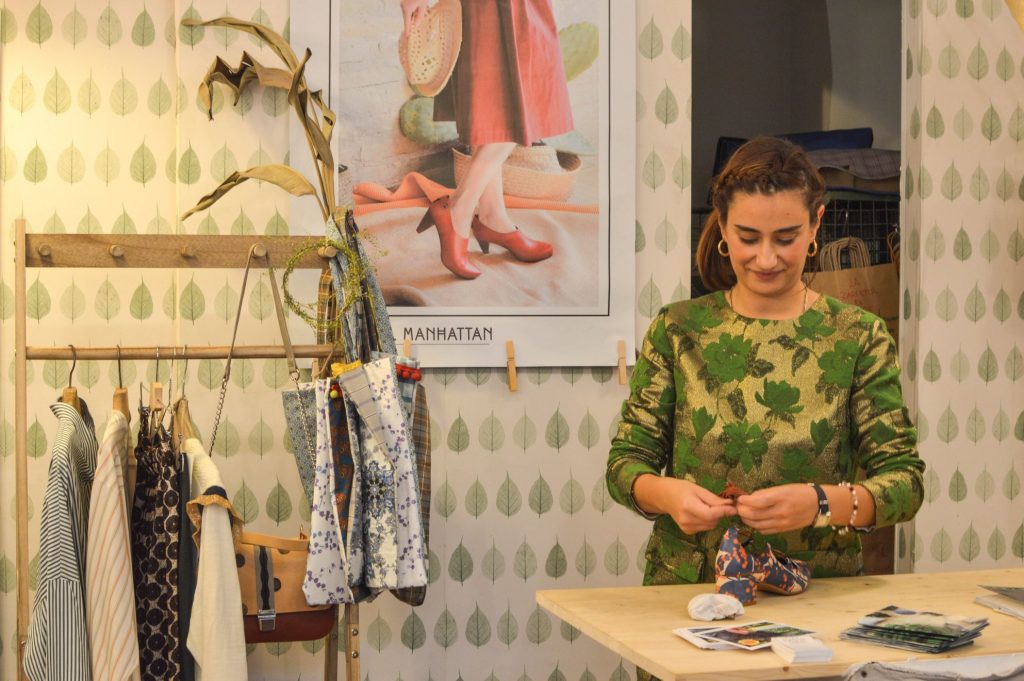 Imagine then what a joy to be here again after 10 years. Imagine how excited I get every time I read your messages, every time someone writes to me "I still have your shoes after years! ". There was a customer who sent me a short time ago a photo of a box of shoes. When I realized it was the first box I made ten years ago to start selling my shoes, I was moved. Imagine how nice it is to realize that more and more women choose to buy one of my creations, they choose to buy a unique piece made by hand, even without knowing everything behind it.

I just have to thank you one by one, because if I am still here to write and only thanks to you.
And it's even better to know that after 10 years we all have no intention of stopping. We have many projects and we want to find out what will happen tomorrow. Who knows! You just have to follow us to find out together.

Start typing to see results or hit ESC to close
slipper of venus craftsmanship wedding shoes anita boots
See all results
We use cookies on our website to give you the most relevant experience by remembering your preferences and repeating visits. By clicking on "Accept" you agree to the use of ALL cookies.
Set CookiesACCETTA
Change cookie preferences

This website uses cookies to improve your experience while browsing the website. Of these, cookies classified as necessary are stored in your browser as they are essential for the functioning of the basic functionality of the website. We also use third party cookies. parts that help us analyze and understand how you use this website. These cookies will be stored in your browser only with your consent. You also have the option to disable these cookies. But disabling some of these cookies may affect your browsing experience.
Necessary Sempre abilitato
Necessary cookies are absolutely essential for the website to function properly. These cookies guarantee basic functionality and security features of the website, anonymously.
Functional
Functional cookies help perform certain functionalities such as sharing website content on social media platforms, collecting feedback and other third party functionality.
Performance
Performance cookies are used to understand and analyze the website's key performance indices which help provide a better user experience for visitors.
Analytical
Analytical cookies are used to understand how visitors interact with the website. These cookies help provide information on metrics of visitor numbers, bounce rate, traffic source, etc.
Advertising
Advertising cookies are used to deliver relevant ads and marketing campaigns to visitors. These cookies track visitors to websites and collect information to deliver personalized ads.
Other
Other uncategorized cookies are those that are analyzed and have not yet been classified into a category.
ACCETTA E SALVA
Powered by